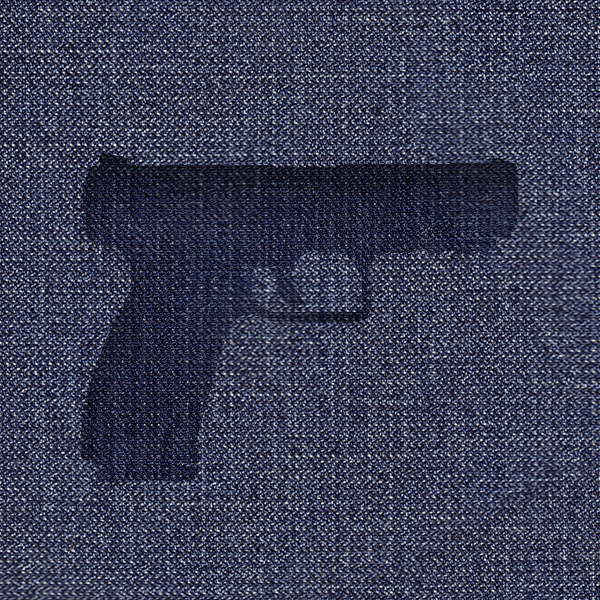 “I was struck by the overwhelming sense of responsibility when I held it in my hands—adults shot guns, not kids. It was my earliest sense of feeling grown-up.”

What does it take to make one feel the weight of personal responsibility? I believe it takes a situation where one can be confident that a personal decision to act, or not, will ultimately affect some outcome. I reflect on this theme today as I have moved from Massachusetts to Texas and commence a master’s program of study at a University which will allow concealed carry for the first time this fall semester.

As an undergraduate comparative literature major, my senior thesis entitled “Reading to Pull the Trigger” focused on what structures and literary devices give a reader a more active sense of culpability for unfolding narrative events. Recently deceased Italian scholar Umberto Eco posited the model reader as an accomplice who comes to “deal interpretatively…in the same way the author deals generatively.”[1] However strong the illusion of reality-defining choice, a reader of words falls short of the reader of a live situation with mortal power in pocket and real lives in the balance.

But a study of narrative is still valuable to consider the multiple parties that encompass any conflict. For while some readers play a more active role, with a sense of agency, others are arrested in suspense. Suspense, by Hitchcock’s definition, is a discomfort that results when an awareness of a pending undesirable outcome combines with a reminder of one’s inability to do anything about it from the spectator seats. He illustrates this in a famous conversation with film critic and filmmaker Francois Truffaut with a hypothetical scenario where the audience and audience alone is keyed into a ticking explosive device beneath the table at which they are seated. While the bomb might not go off, its potential acts on the imagination to create tension. Potential loss.

Inspired by Kahneman & Tversky’s prospect theory, I have spent a number of years now seeking to better understand loss aversion, specifically, how the pain of losing something looms larger than the pleasure of gaining something. Every time a “job-killing” tagline surged on social media over positive employment growth numbers released by the Bureau of Labor Statistics, I took note. In situations where perceived or expected loss was attributed to an “other,” whether that be a prominent public figure like President Obama or a vaguely defined ideology or ethnic group, the looming of loss becomes a negative catalyst, externalizing responsibility. As anecdotally evidenced by a large cohort of Trump supporters in recent news reports, this can become a primordial soup for hate.

But to return to the initial quote, when loss remains hypothetical and its eventuality is in your own hands, it appears to have a different potentiality. I hypothesize that, for some, especially those who feel disenfranchised or powerless, owning a gun can restore a sense of empowerment and with it, a mindfulness of how one’s actions may impact others. While less masturbatory than Jin’s characterization,  I suggest this with a number of caveats. I have doubts, for example, that when perceiving a threat with insufficient information in the heat of the moment, that all gun-carriers will proceed with a cool assessment of the destructive power in their hands. Even for those who do, I doubt that all gun-carriers will have the same threshold at which firing a gun is deemed necessary. And for those who do fire a gun, I harbor doubts about whether or not many private citizens will discharge a weapon with accuracy when in an uncommon pressure situation or, depending on timeline, do so in a way that complements professional law enforcement and security efforts.

May I be open with these doubts and preconceptions here, but I am willing to be proven wrong. For this reason, I am undertaking an open call to dialogue with concealed carrying students within the University of Texas at Austin community and explore possible avenues for expressing my findings in a documentary short film to be produced this fall.

But I also feel that this is only one part of the story. For even if a gun-carrier may feel an added weight of responsibility like the cited Texas Monthly author, this does not consider how the presence of a weapon will impact those around said-carrier and affect their sense of possible threat or loss. And in this regard, I completely understand the sentiments and stance of the Cocks Not Glocks campaign.

Coming from a state with different laws and cultural norms for guns, I do not have an existing baseline of understanding here. I may have been in the presence of concealed weapons already in my first few weeks (the law went into effect August 1st) here and not known it. I may come to encounter individuals who boast about their weapon even though it may be hidden from view. Or I may find that the contours of a handgun are readily identifiable beneath a layer of clothing and produce variable impressions from those who notice.

On this last point, there is notable faculty opposition. The President of the University of Texas at Austin, Gregory Fenves, has been outspoken: “I do not believe handguns belong on a university campus, so this decision has been the greatest challenge of my presidency to date,” but has also noted his duty to uphold the law. Professors Jennifer Lynn Glass, Lisa Moore, and Mia Carter asked a federal judge to grant an injunction to block the law before classes start. Professors have stated that the presence of guns in the classroom may threaten open discourse especially in classrooms with politically or emotionally sensitive subject matter. I can understand that concern, but I also wonder if a weapon is concealed, would it have the same weight as one carried openly in a classroom? Especially if the carrier does not make it known he or she is carrying?

Nobel Prize-winning physicist Steven Weinberg has stated that he will continue to ban guns in his classes this fall, stating, “I will put it into my syllabus that the class is not open to students carrying guns,” and that he is willing to be a “test case” in court, facing whatever consequences will follow. On one hand, the law appears to give campus presidents the ability to designate limited “gun-free zones” on campus. On the other hand, attorneys representing the University and Attorney General Ken Paxton wrote a legal brief filed August 8th, “any individual professor who attempts to establish such prohibition is subject to discipline.”

As the semester begins, it is unclear what implementation will mean for my day-to-day. If gun-free zones are declared, will I have to pass through metal detectors or undergo a pat-down to get into certain buildings? Will there be a large number of students and visitors partaking in concealed carry or will such individuals be rare? What is clear is that the law has already been having a ripple effect on campus. Economics Professor Daniel Hamermesh resigned from the University over the law. Siva Vaidhyanathan, a finalist for the deanship of the Moody College of Communications, which I am now a student within, withdrew his application in response to the University’s decision on campus carry.

This year marks the 50th anniversary of an August 1st mass shooting from the iconic clock tower on campus, which has stirred up debate on the role private citizens played in that tragedy. This further ensures that this will remain a vocally hot topic on campus this semester.

The August 1st gunman, Charles Whitman, had been a boy scout—in fact, he became one of the youngest Eagle Scouts in Boy Scout history. As Texas Monthly author Brian D. Sweany notes his own experience, in which he first fired a rifle as a middle schooler in a Boy Scout marksmanship class, it’s a powerful reminder that different individuals will respond to the responsibility of power differently. Where Sweany notes a sense of responsibility and the weight of adulthood, somehow Whitman found himself killing 14 people and wounding 31 others from the high perch that looms on the horizon I will see every time I walk to class this year.