In creating the short film, Cold Storage, there was a great deal of additional media content generated in its production. Some of this media was from students, who produced projects in the course we taught alongside the initial phases of production. Some was behind-the-scenes media detailing how the film was made. Still other content was dredged up by our diligent summer interns from the Harvard Archives. The question then became how one would organized animated GIFs, archival material, remnants from the cutting room floor, and various photographs in a unified online experience. 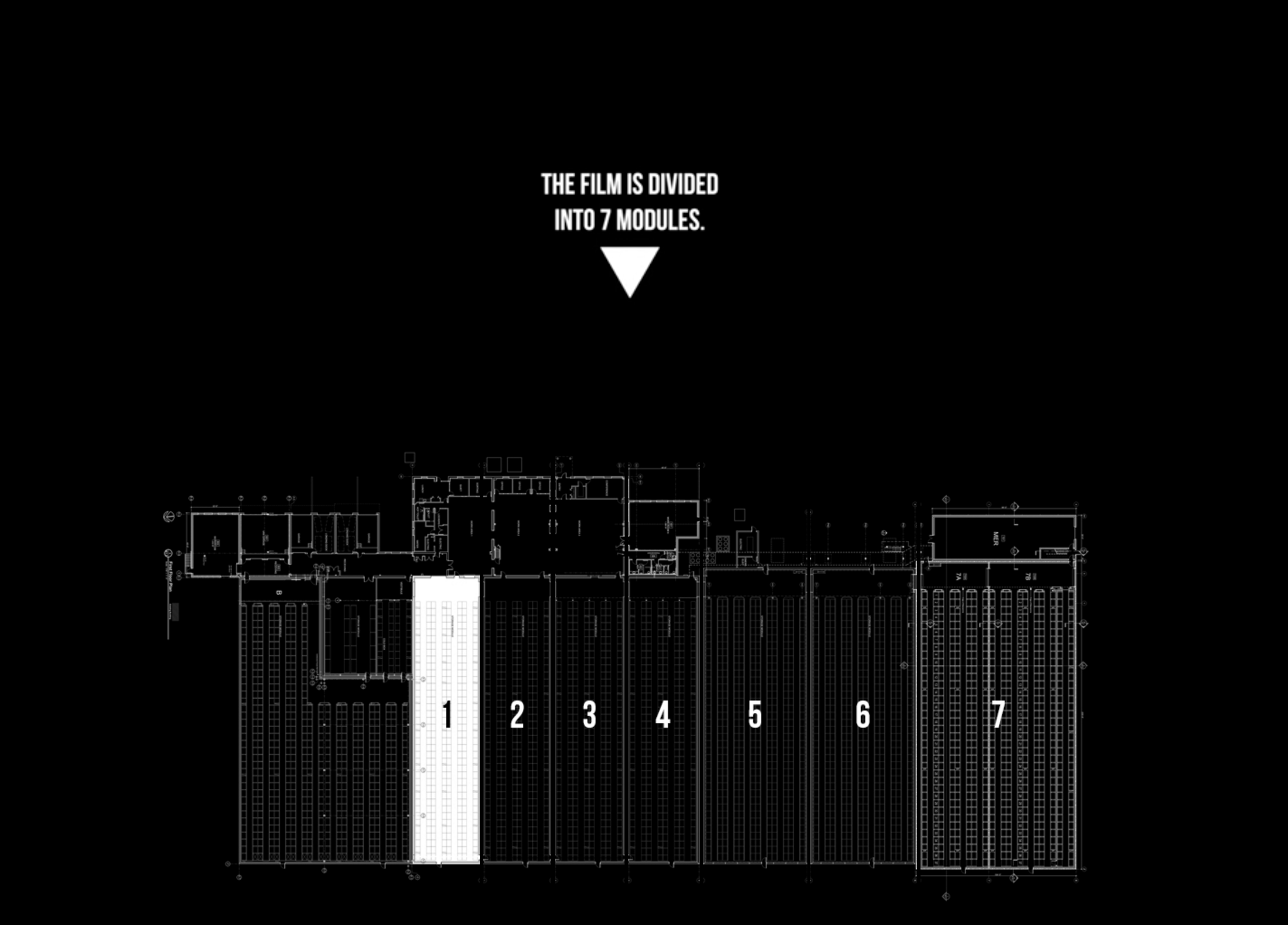 metaLAB Faculty Director Jeffrey Schnapp had the notion of using the architectural floor plan of the Harvard Depository in some way. Various notions for thematically tying content to different geographies were thrown around, but I ultimately came up with the idea of temporally tying the seven modules in the floorplan to chapters in the larger, 24-minute documentary we were making. With assistance from Priyanka Suresh, Krystelle Denis, and Jessica Yurkofsky, we got that part of the website up and running. 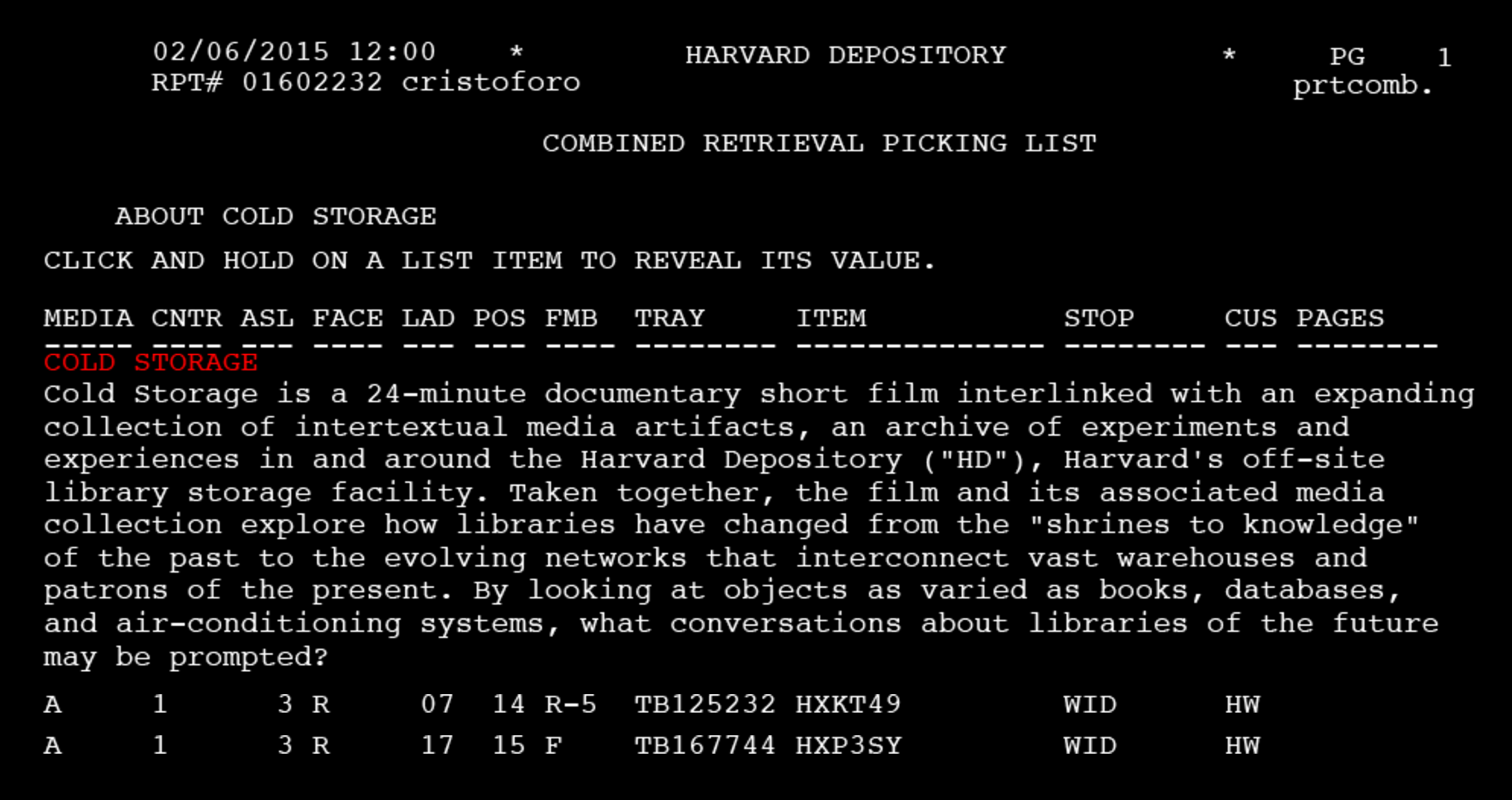 Later, I would design and add in an about section that played off the aesthetics of the “picking lists” used for book retrieval in the Depository and the laser scanning methods used to identify them.

Finally, I also added a credits session that scrolls horizontally along a vector illustration of the Depository, which mirrors one of my shots in the film. The mouth of each aisle illuminates on hover to reveal another section of credits, just as the aisles in the Depository turn on through motion activation.

To see how the website works first hand, please visit coldstoragedoc.com and be sure to watch the 24-minute film to connect all the references.