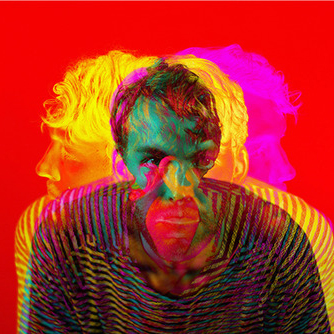 Whether it is the pixels in our digital screens or the cones in the human eye, colors break down into red, green, and blue. What happens, then when you take each of these three channels and you assign them a slightly offset moment in time? That is what I set out to do in this series of short photo experiments.

First, I had several subjects do two sets of 3 poses each. The first set consisted of making a happy, neutral, and a sad or angry face.

Isolating the red channel of the first, the green of the second, and the blue of the third, I layered them. Their commonalities showed up as the natural color one would expect, while their differences appeared as fringe traces of the separate color channels. 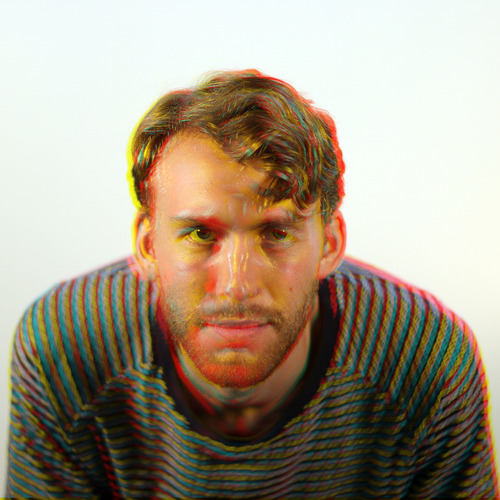 The second set of poses was designed to have less overlap, with a front-facing shot paired with two shots in profile with the subject rotating to either side. My inspiration for this was drawn from Titian’s Allegory of Prudence, which uses similar layering of three poses as a representation of three stages of time—youth, maturity, and old age. Youth looks to the right, maturity faces forward, and old age looks back to the left, effectively allowing us to “read” the painting as past, present, and future. But here the intent of the pose was less symbolic, despite the fact the passage of time (the moment-to-moment of the posing) was still part of the underlying theme.

On this set, I tried a variety of blending modes and layering techniques in Photoshop to produce a variety of effects. 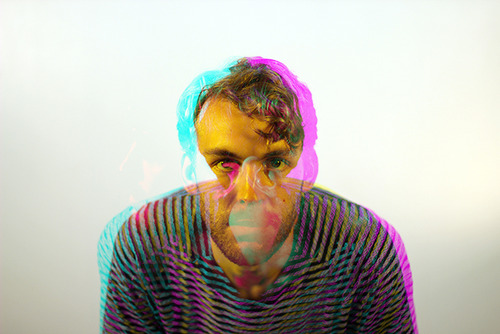 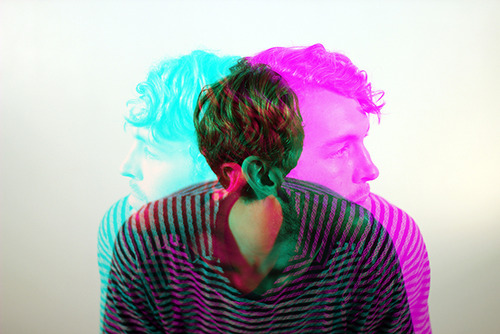 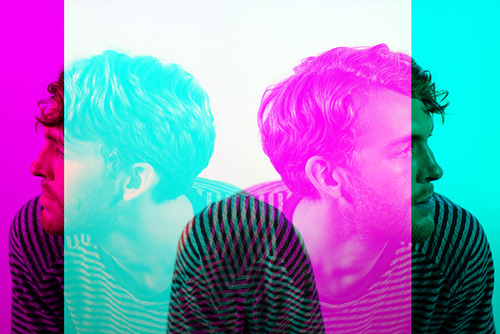 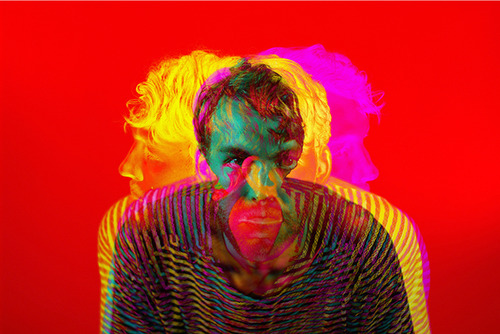 In another exercise, I began duplicating and reproducing the layering of color channels manually to create the secondary colors— adding red and green channels to make yellow, green and blue channels to make cyan, and blue and red to make magenta. Finally, I added the missing color channel to bring about the full spectrum. In the below, I took the grayscale equivalent of the red channel and replicated it to stand in for the grayscale equivalent of the blue and green channels. The result was that when combined the image was much lighter than would have been the case respecting the original grayscale tonal values of each color channel. The bottom row is the result of doubling up the stacks of color to multiply the darkness. 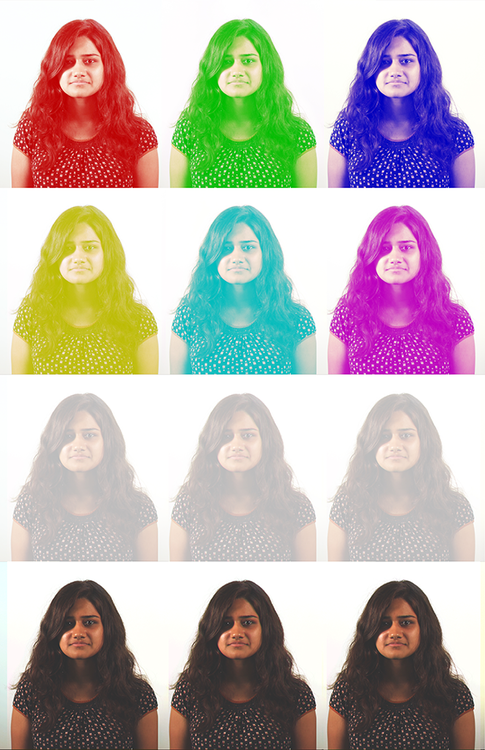 The result still had evidently less contrast that the original image. 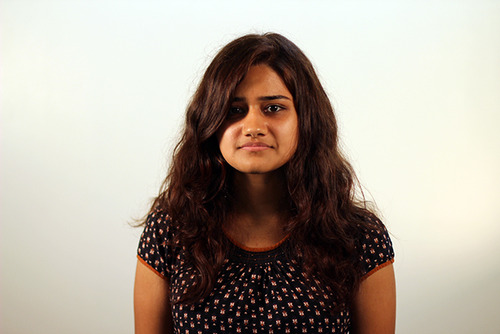 Next, I tried using color channels to artificially isolate different facial features and also played with inversion to see their afterimages. 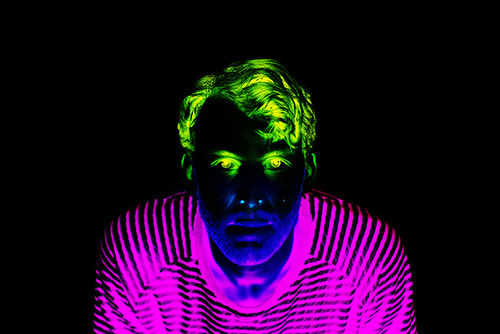 In the end, I brought into dialogue various facets of color-channel mixing I noticed in the above experiments and just let my imagination run wild. 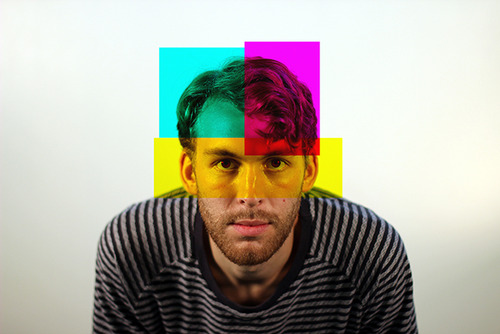 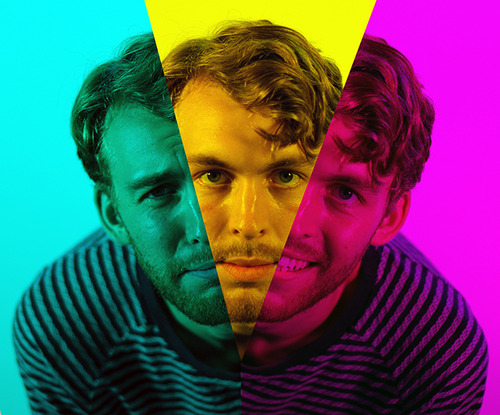 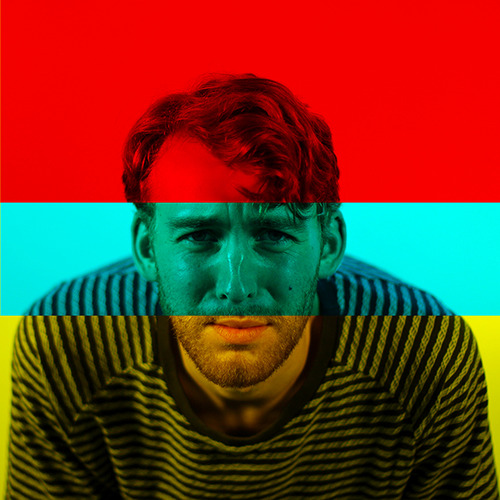 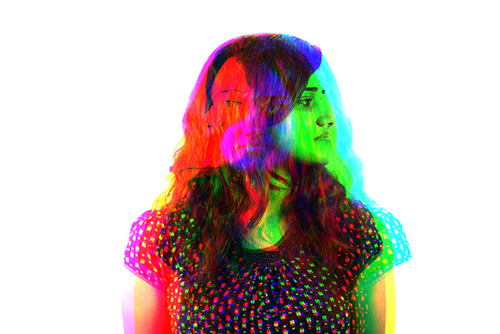 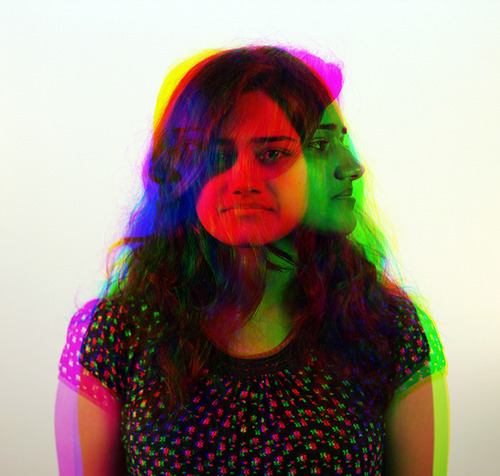 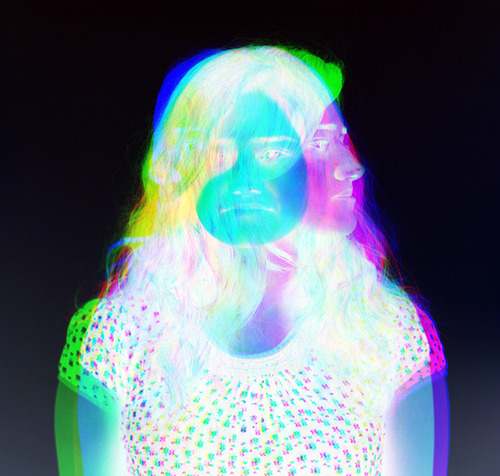