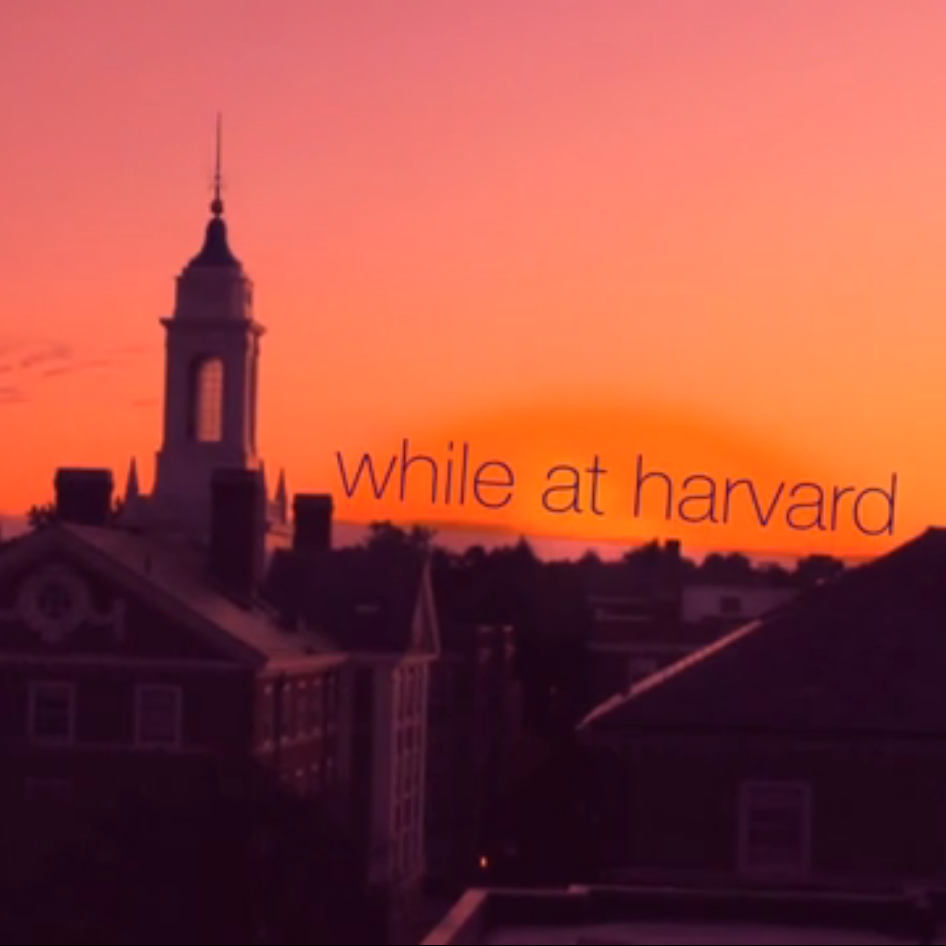 First-year students live around Harvard Yard, in proximity to classes and collectively eat in Annenberg Dining Hall, which ports an aesthetic of high pale blue ceilings, chandeliers, and flying buttresses from the old world to the new. The second-largest collection of secular stained glass in the world illuminates the likes of Leonidas to shine upon dark wooden tables flanked by marble busts and century-old portraiture. There is no better North American analogue to Hogwarts.

As the first year draws to a close, a call for blocking and linking groups is made—both groups up to eight. The former will sort members into the same house while the latter places its constituents into a flanking one. There are twelve houses that hold sophomores through seniors. Each is a self-sufficient entity with dining, training and reading rooms, and characterized by unique student life features from ceramics and dance studios to rock-climbing walls and squash courts. Placement also assigns students a geography that may cluster them close (but not as close as freshmen) to the Yard, in different zones along the river, or north to the “Quad,” the less-historic but more spacious and modern housing of what formerly was Radcliffe before the University became fully coeducational.

The time leading to the sorting has traditionally been filled with much drama, between questions of inclusion versus exclusion in self-selected groups and anxieties and preconceptions about what life in any particular house might mean. This fuels rivalry among the houses, which already one-up each other through organized dances and intramural competition for the house cup. Housing season adds a stream of video propaganda and witty apparel designs for distribution on the day of sorting, bringing community spirit to a year-long high.

Then comes the eve of sorting. Before administrative disbanding, this once meant “the river run,” a tradition in which students “trick-or-treated” from house to house, were greeted by upperclassmen who would bestow their house’s latin motto, and optionally and illicitly, grant visitors a shot of liquor. Participation was a highly un-pressured activity. Nonetheless, aberrant behaviors inevitably surfaced, especially towards the culmination of the ritual—namely, the burning of a constructed boat on the Charles River, outfitted with the names of undesirable houses. Or perhaps it was the desirable houses. Whatever would ultimately appease the river gods. All the while, neighbors and newscasters often attributed greater meaning of memorial vigils or art to what they saw.

Retired from their paganism, future block-mates and link-mates would choose a room to sleep over in as the following dawn meant the delivery of the letters. Letters of housing placement are delivered by residents of the corresponding house, each carrying their own sense of flair, from the face-painted speedo and bikini brigade of Currier House to the gong-toting tuxedos of Adams House. Moreover, a sea of mascots, for which each house has their own, takes to Yard and ultimately to Annenberg. Signs befitting a protest carry slogans of support, bouncy castles rise, and apparel is disseminated to the newly indoctrinated.

From here, receptions abound and first-years become acquainted with their future homes that they will move into the autumn of their second-year. For the three subsequent years, they grow in that common space and cycle to bring the same sense of welcome to the next generation of students rising through the ranks.

It is a quintessential component of the Harvard College experience, and it is mostly through this system and not formal coursework that my passion for filmmaking matured. The accompanying video reel highlights some of the moments that organically arose in my house, Currier House, as my housemates and I acted, choreographed, envisioned, and dramatically executed stories within our common spaces, always mindful of the prevailing wisdom: Timete Arboreum (Fear the Tree).