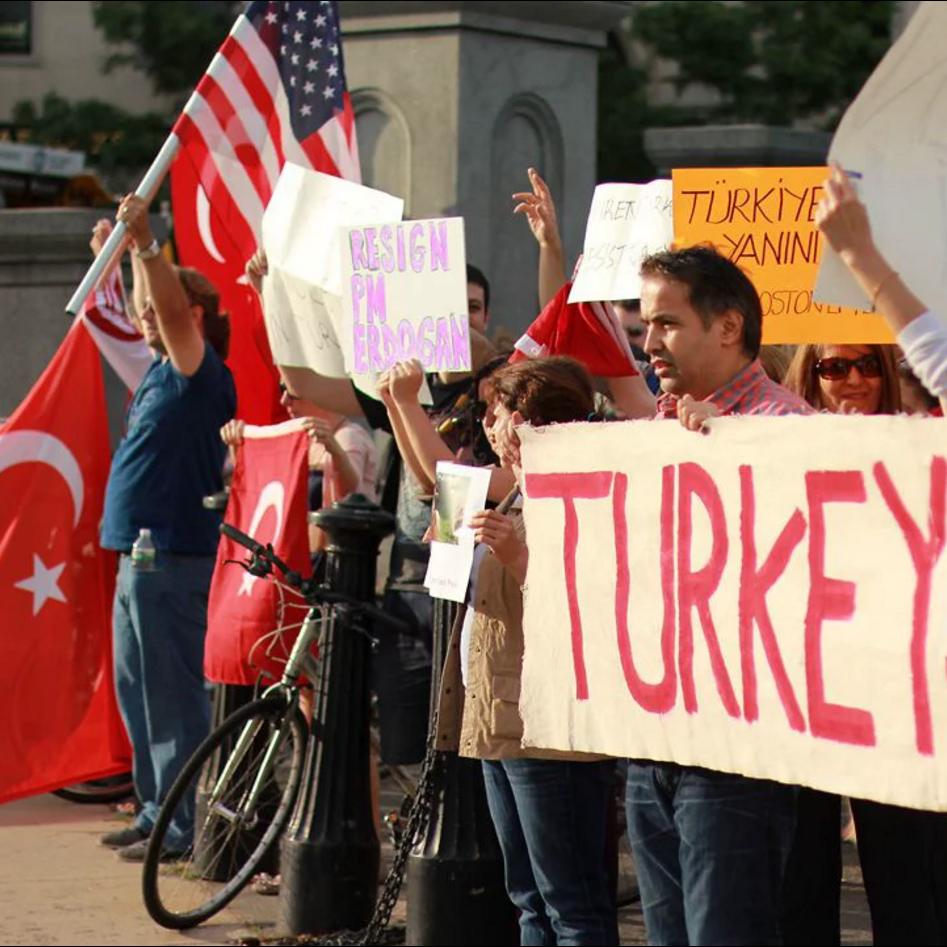 Turkish citizens and descendants abroad gather on Boston Common to protest the actions of Prime Minister Tayyip Erdogan’s administration, whose advancing crackdowns on freedom of expression and right to assembly (Famous composer Fazil Say was even jailed for a tweet!) recently exploded into mass protest with the catalyst of a peaceful park sit-in that was met with police brutality.

The Boston protestors held signs and shared awareness with passersby before marching on the nearby Turkish Consolate.

This video arose after interviewing a Turkish immigrant for my documentary project on immigration, Open for Business.